I kind of happened to stumble across horticulture as a career (but luckily not too late on in life). I computer program we had to sit down to in school during my time living in Aberdeen, Scotland, told me I’d be good at Website Design or Landscape Architecture.

Accidental Luck
It was only a chance move to Gloucestershire that I realised my ambitions to work with plants by starting to work at an independent garden centre in the heart of the Gloucestershire countryside. It was here that both the owners and many customers knew of Pershore College and told me ‘that was the place to go’ to study. As they say, the rest is history and after three years of both physical and mental graft, I gained a First Class BSc in Horticulture from the University of Worcester in partnership with Pershore College.

How Do I Find Time?
Currently, I head up the wholesale plant nursery at the College – growing around 80 000 container-grown plants a year. I also sit on the Chartered Institute of Horticulture’s West Mids & S Wales committee as Chair and Pershore College representative. I’m also on the Plant Heritage (NCCGP) Worcestershire committee too as Secretary, trying to restore and curate the College’s two Plant Heritage National Collections.

More Than Plants…
Funnily enough, aside from plants (I have an allotment too), there are some things I occasionally find the time to indulge in. I love to photograph things (albeit flowers mainly), mountain bike (although I’m sure the bike must have flat tyres judging by the last time I got out on it), and I design and code websites (like this one!). I’m never often stuck for things to do. 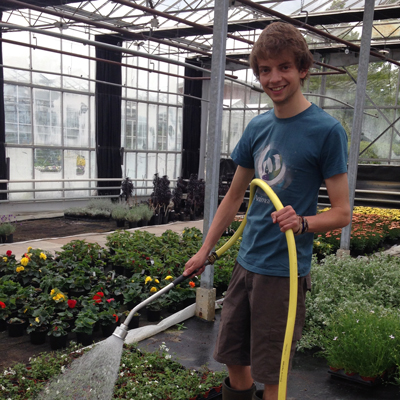